Why Do I Need a Prescription for Medication?

A prescription is a written appeal from the doctor to the pharmacist about the preparation and dispensing of medicines, which also contains instructions on how to use them. A prescription is a document. You can find it at any time and call a doctor for an answer in the case of an incorrect appointment. 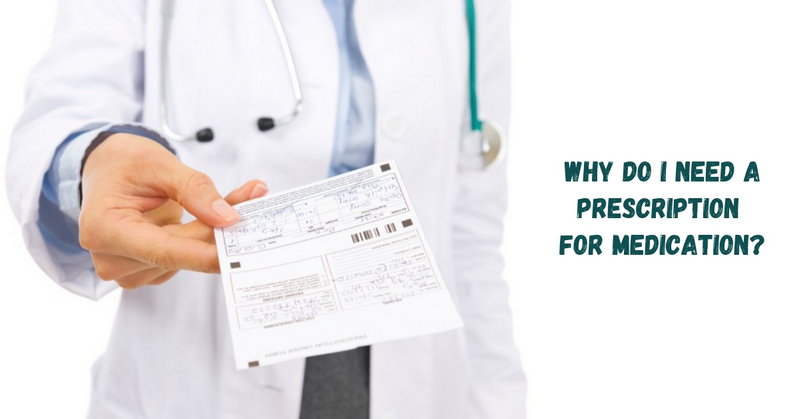 It is no secret that every person can make mistakes. But the proverb claims that the mistakes of teachers and doctors are more precious to us, and this is true. If the doctor prescribed the medicine incorrectly, which led, for example, to the development of side effects or worsening of the condition, the patient may address the higher authorities. However, this possibility exists only in the case when he has evidence: a prescription or a note in the medical record (better both).

A prescription is a guarantee. The medicine is prescribed on a prescription form as required. But if a pharmacist is given a piece of paper instead of the official form, then there is no guarantee that the dose and even the name of the medicine are indicated correctly. The doctor may write out the prescription indiscriminately and “forget” to indicate the release form, and instead of cefazolin, the pharmacist will give you cefotaxime, and Zovirax may become Zyvox. Such errors are excluded in the prescription which is issued properly.

A prescription is a confidence. Do not forget that even uncontrolled orders remain valid. In the vast majority of pharmacies, antibiotics can be bought only by a vague note or even without it, however, this does not mean that the prescription is not needed. Any pharmacist at any time may refuse to sell an antibiotic without a prescription and will be absolutely right. Therefore, the official form is the certainty that the medicine will be purchased. It turns out that, writing out a prescription, the doctor acts primarily in the interests of the patient.

A prescription is needed to get drugs that have the mark “Dispensed by a doctor’s prescription.” This also includes drugs with a special regimen – containing narcotic and psychotropic substances. Also, certain categories of citizens can get a number of medicines for free, and this requires a prescription written on a special form.

The main task of prescription drugs is to stop mass self-treatment of the population. Today, doctors are faced with very serious consequences of this process, including, for example, allergic reactions, undesirable side reactions (ranging from headache and nausea to death), antibiotic resistance (not correct and uncontrolled use of antibiotics leads to lack of effect).

The dangers of using drugs without a prescription

Today, patients have the opportunity to learn about diseases and treatment not only from the doctor, but a skilled person will not harm himself. The essence of the problem was very aptly revealed in the 16th century by Paracelsus: all drugs are poisonous, all poisons are drugs; only the dose differs poison from the drug. That is why self-administration of potentially dangerous drugs is unacceptable.

There are many risks for self-treatment, such as an incorrect self-diagnosis, late medical advice, rare but serious adverse reactions, dangerous drug interactions, incorrect administration, incorrect dosage, the wrong choice of therapy, masking of a serious disease and the risk of development of addiction and abuse.

There are many stories about patients who have made themselves (or their children) sick because of self-treatment:

Do you really want to put your health at risk? Get a prescription form a doctor before going to a pharmacy (many online pharmacies require a copy of the prescription as well). This simple algorithm will save your invaluable health! Make the right choice – get a prescription!